A Mustardless Jaunt From Dijon To Montreux 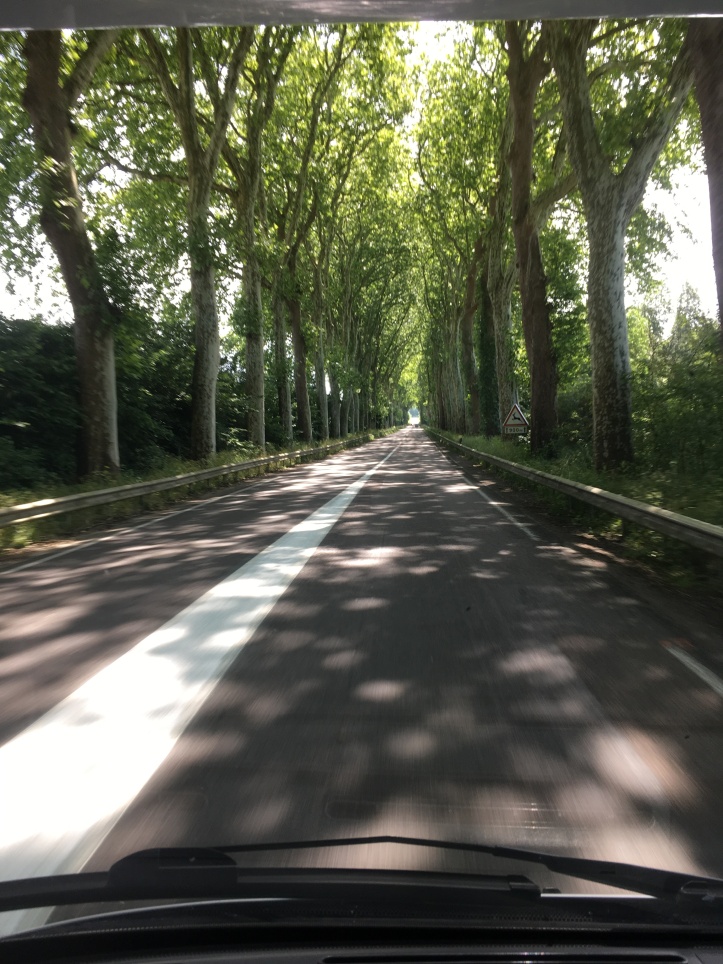 Impressively loud birdsong awoke us from our slumbers at Dijon’s riverside campsite (long before the motorcyclists did) and following an uber-gastro in-van breakfast of fresh apricots stewed with a soupçon of Cointreau (being the only vaguely viable cooking liquid we could find) stirred into thick French yoghurt, we were soon on the road out of Dijon, disappointedly still without any sign of any mustard or gingerbread outlets.

Today, we would keep off the autoroutes and as a result, enjoyed a truly delightful drive through classic French countryside, under clear blue skies and a smiling sun on virtually empty roads, some of which ran ruler-straight for miles amidst rapidly greening arable fields specked with tall, cylindrical grain-stores and large, single-storey agricultural buildings.

Our general speed was comparable with that attainable on the autoroutes, although this was reduced to 50kph through each village, this variable proving a pleasing distraction from the thrumming long-distance thrash of previous day’s journeyings.

Poplar-lined stretches of road loomed suddenly ahead of us in the diminishing distance, welcome shade was cast as we ran between their breeze-shuffled leaves – from which we’d emerge again onto open highway, with no discernible reason why these spectacular runs of trees started and finished as and where they did.  In some locations, these towering Poplars were instead replaced by runs of the classic painting-by-numbers Plane trees, sporting dappled bark and which became green-leaved arches enclosing the whole road, as if we were driving through the naves of verdant, sunlight-dappled cathedrals.

It being Sunday, when even fewer of France’s gallant citizens than normal emerge onto their village pavements, we were surprised to come across a roadside boulangerie, open for business and happy to sell us a fresh, warm and crunchy-feeling lunchtime picnic baguette, to be complemented (to our even greater surprise) by further comestibles acquired from an also-open and welcoming Boucherie Charcuterie in the same village.

Our onward inertia carried us towards the Swiss border, made evident by both the gradual change in incline and subtle changes to the domestic architecture, as more and more wood began to appear as the core construction material – and eaves particularly began to overhang the buildings they protected by what was quickly becoming alpine dimensions.

As such, the road began to climb into the foothills of the Alps, indigenous wooden chalets becoming the norm, as were sleepy-looking caramel-brown cows gazing comically over stone walls to show off almost-imagined story-book bells affixed to wide collars around their necks.

With little demarcation, we crossed out of France and into Switzerland, now intent on reaching our planned overnight destination of Montreux on the shores of Lake Geneva, where a little bit of distant family history was hopefully to be revisited.